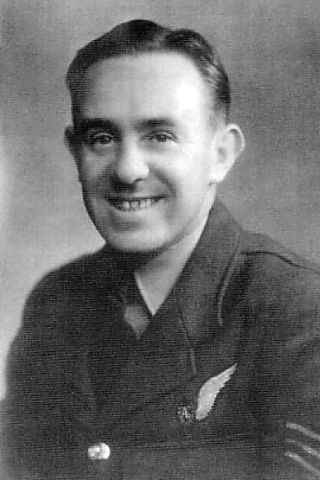 My great aunt Jose's first husband was Leonard Edward Moss. His plane was shot down in World War 2 on 28 August 1942 and he died along with his 6 crewmates. Their plane was discovered in May 2005 and excavated. Unidentified human remains were discovered in it of 3 men.  If some of those remains were not Len's, then he was one of those unidentified, buried at the time the plane crashed.    A formal funeral was held in Delden, Holland on 28 August 2006

Jose was 5 months pregnant with their child when Len went missing and she lost the baby the same month as losing Len. 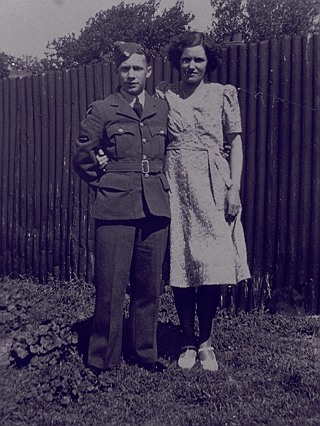 Len's friend Robert 'Bob' JOHNSTON (my grandmothers brother) made a pact with Len to look after his (Len's) wife (Jose) if anything was to happen to him, they were already  friends. Bob, a wireless operator and tail gunner was himself shot down twice during the war.

After Len's death, their friendship deepened and Jose and Bob married on 11 September 1943 at the Coventry Registry Office, Coventry, England. This marriage produced 2 children, Robert Jnr. and Gillian.

Thanks go to Zoe Linkson for the photograph of Leonard Moss, for finding me via my website; alerting me to www.rootschat.com and its loyal followers and the hunt for Leonards family.

Excerpt from "Bomber Command: Reflections of War - The Heavies Move in 1941-May 1943 by Martin Bowman

1979 - Jose and Bob with their granddaughter Zoe, England